The Common Cold and The Flu 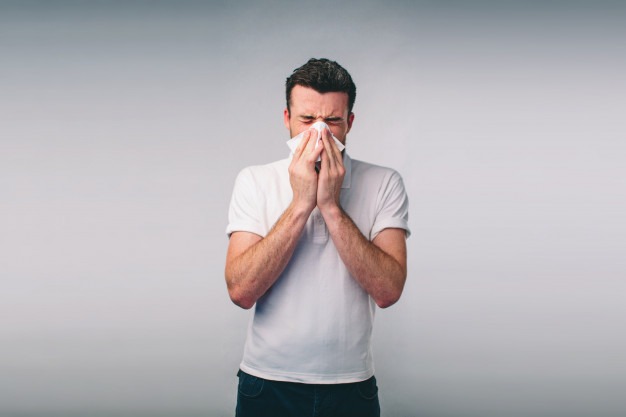 The common cold and influenza (the flu) are viral infections of the upper respiratory tract. They have many overlapping symptoms. Both are acute illnesses, highly contagious and spread by respiratory droplets; and affect people of all ages. Your Pharmacist is ideally placed to assist you in managing your symptoms and provide education to minimise the spread of infection.

What is the difference between the common cold and influenza?

The common cold and influenza are caused by different viruses, and only influenza can be prevented by a vaccine.

There are over 200 viruses known to cause the common cold; the most common being rhinoviruses (30–50%), coronaviruses (10–15%) (NOT COVID-19), adenoviruses (5%) and respiratory syncytial virus. In contrast, influenza viruses belong to three types of influenza viruses that infect humans are influenza A, B, and C.

The common cold is the most prevalent, contagious disease in Australia. On average, adults develop between two and four colds each year, while children experience six to eight each year. There is no vaccine available to protect individuals against the common cold.

Colds and flu are both spread by inhaling airborne droplets expelled when an infected individual sneezes or coughs, or by direct contact with

Symptoms of the common cold and The Flu

Common Cold symptoms develop gradually. They can include a sore throat, nasal congestion and discharge, sneezing, cough, malaise, hoarseness and sometimes a headache and/or low-grade fever. Symptoms can vary between individuals and for different cold infections. In contrast, the symptoms of influenza present abruptly, and can include symptoms of a cold plus fever (≥37.8 °C), muscle aches, joint pain, chesty cough and loss of appetite. Diarrhoea, nausea and vomiting can also occur.

Complications of Colds and Flu

While colds and flu are generally self-limiting in healthy individuals, both can lead to complications.  Complications can include, middle ear infections (more common in children), bronchitis, pneumonia and sinus infections. Both can aggravate existing long term conditions such as asthma and chronic obstructive pulmonary disease (COPD).

While the common cold is rarely life-threatening, influenza can be severe and fatal. In Australia over the past five years, on average over 2,000 people have been hospitalised and 378 people have died each year from influenza.

Influenza (the flu) is a very contagious infection of the airways. It can especially be severe for babies, people over 65 years of age and pregnant women.

Symptoms of the flu include sudden high fever (102°F/39°C to 104°F/40°C), chills, muscle aches, runny/congested nose, sore throat, dry cough, headache and extreme fatigue. Kids may also have other symptoms such as earaches, diarrhea, throwing up and leg or back pain.

Vaccination is a safe and effective way to protect you from serious disease caused by influenza.

By getting vaccinated against influenza, you can also help protect other people, especially people who are too sick or too young to be treated. The more people who are vaccinated in your community, the less likely the disease will spread, this is also known as “Herd Immunity”

One of the worst influenza seasons on record was in 2019, with over 308,000 confirmed cases of influenza in Australia. It was atypical, with the season hitting early and maintaining through the warmer months.

In Australia, influenza is a considerable burden, particularly in 2019, over 800 Australians died as a result of influenza.

Annual vaccination is recommended before the onset of each influenza season. Optimal protection against influenza occurs after two weeks and continues for the first 3 to 4 months following vaccination. Protection is generally expected to last for the whole season. Those over 65 receive a specially enhanced vaccine.

With the period of peak influenza circulation for the majority of Australia occurring from June to September, April is a suitable month for immunisation to commence. In saying that, it is never too late to vaccinate since influenza can circulate all year round.

People at high risk such as pregnant women, it’s also never too early in the season to vaccinate. It’s also important to note that receiving a second vaccination in a season is not contraindicated. Indeed Australians travelling during the Northern Hemisphere influenza season are strongly recommended to receive the current Australian influenza vaccine two weeks before leaving.

year to the Northern Hemisphere are recommended to receive a second dose of an influenza vaccine within the same year.

While vaccinating many of my patients, I realise they have high expectations, such as 100% effectiveness and no side effects! Unfortunately, the flu vaccine is NOT 100% effective, and it may take about 2 weeks to develop immunity following vaccination. But one thing is for sure, the FLU VACCINE will NOT give you the FLU!

The virus’ ability to change and mutate means that while it’s the most effective form of prevention, other measures such as hand hygiene and avoiding crowded areas when unwell, can all reduce transmission. Antivirals are all also available on prescription and can be used for institutional outbreak control as an aide to other measures. Ideally, it should be started within 24 hours after the onset of symptoms.

Adverse effects, such as sore arm and flu-like symptoms, are the most common side effects. There are other possible side effects which are discussed before vaccination. The flu vaccine can also be fatal, but this is rare.

Previously, the flu vaccination was not recommended for children with egg allergies; however, research has shown that it may be OK for many kids with egg allergies, and there are specific guidelines around this.

If your child has had a reaction to any vaccination before, has had any allergic or hypersensitivity reaction or known allergy to egg (including symptoms such as rash/hives, swelling or difficulty breathing), or has an allergy to any component of the vaccine, you should discuss flu vaccine options with your doctor.

To strengthen your immunity and increase your chances to prevent the cold and flu viruses, you should consider the following.

Compounding Nasal Inhalations and Ointments using ingredients such as Menthol, camphor, eucalyptus oil, and chlorbutol may be an option during the cold and flu season. Traditional compounding formulas have effective multi-symptom relief from aggravating cold symptoms. Compounding is tailored based on the patient’s needs. Ask your Pharmacist for discussion on compounding options if commercial products are not available or suitable.

Vitamin C – A review found that regular supplementation with Vitamin C reduced both cold duration (8% in adults and 14% in children) and severity.

It also reduced the chance of getting a cold in marathon runners, skiers and soldiers who were exposed to extreme physical activity but the not the general public.

Zinc – Evidence suggests that doses of ≥75 mg/day, given in the first 24  hours of symptoms, reduce the duration of symptoms of healthy individuals